The people and the various tribes of the city of Korba have their own diverse cuisine which is known as the tribal cuisine. It represents the various tribal communities in the city that lay much stress on various vegeterain and non vegetarian dishes. Much like the other cities in the state of Chhattisgarh, the cuisine of Korba is influenced by the traditional cuisines of the neighboring states. The staple diet of the people here constitutes jowar, wheat and maize. Since the state of Chhattisgarh itself is popularly known as the “Rice Bowl of India”, rice is one of the food items that are eaten widely in various ways throughout the region. 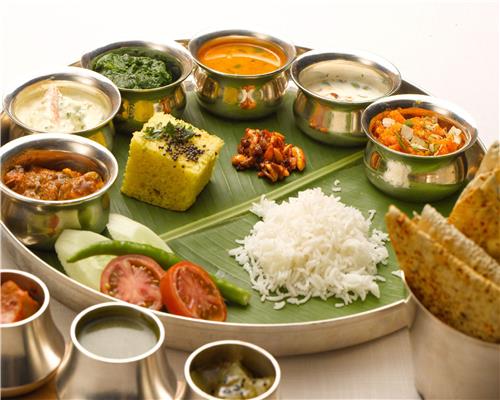 Lentils being Protein-rich form an important part of the cuisine of the residents in Korba. Amongst the pulses here, the most widely used pulse is Arhar Dal. Interestingly, all these pulses are prepared and eaten along with leafy and green vegetables such as pumpkin, cabbage and ladyfinger. Apart from the above staple food items, the traditional cuisine of Korba city much relishes on sweets and namkeens also. A variety of sweets and namkeens are prepared and eaten during any kind of event or occasion. Some of the famous sweet delicacies enjoyed by the residents of this city include Cashew Burfi, Moong Dal Ka Halwa, Khurma, Petha, Jalebi. One of the famous sweet delicacies easily found in the streets of the city is Bafuari which is typically a local chana dal sweet which is quite popular here and is known for its mouth watering taste. Amongst the delicious beverages in the city of Korba, is a drink which is made of small and creamy white fruit of a local tree called ‘mahuwa’. This particular drink is quite popular in the city and also is in great demand by the locals here.

Even though not being a fully modernized city, Korba has been able to carve its very own identity that makes it to stand out among the other states of Chhattisgarh. Korba has imbibed itself with various cultural elements which are peculiar to the state of Chhattisgarh. From culture to cuisine, the city of Korba enjoys a unique identity of its own.When it comes to sweets, some of the popular delicacies of the city of Korba are those that the people here are fond of having and which they often use to greet their guests with. The delicacies of Korba, the taste of namkeens and sweets cannot be ignored. Jalebis are one of the most preferred and savored upon sweet dish which is prepared by the locals here. Apart from that, a delicacy known as bafauri which is made of chana dal is a favorite amongst the residents here. Another popular delicacy of Korba city is without a doubt the Tikhur Barfi. Since it is grown in plenty in the entire state of Chhattisgarh and is easy available, this particular dish has become more important and popular not only among the residents of the city but also those who visit here. You can visit carious sweet shops to get the taste typical sweet item of the region.

During any kind of occasion, festival or event, caterers are hired for providing food and or entertainment for the guests. Korba being a traditional city, there are numerous festivals and fairs celebrated here and for most of these events, caterers are hired. Hence quite a few catering service providers are found in the city of Korba. These caterers provide the best catering services for the residents of the city at reasonable rates. Below is the list of caterers in the city of Korba.

For all the foodies who are especially fond of traditional cuisines, the city of Korba is the right place to be in. People from far off cities and places come to Korba city especially to enjoy the mouthwatering delicacies and dishes here. Apart from the traditional Chhattisgarhi cuisine there are various cuisines available throughout the city of Korba. A person visiting and exploring the city can have taste of the various cuisines from some of the good five star Restaurants and also on the other hand they can also eat the street food from the roadside restaurants and dhabas which serve mouthwatering and tempting dishes. The people residing in the city are very fond of eating and hence some of the most delicious and yummy sweets are available in plenty. These are some of the most popular sweet delicacies which are savored not only by the residents of the city but also by the tourists who visit here.

On the other hand, the main course here is nothing but the traditional Puri, aloo and Chole Bhature. Even the tourist visiting here are especially fond these dishes. Most of the Restaurants in the city of Korba serve delicious food which is spicy and at the same time yum too. One of the most famous main dishes here is the butter chicken which is served in almost all the restaurants in the city and everyone falls in love with the thick creamy flavor of the chicken. So whenever traveling to Korba do visit these restaurants that serves wonderful and mouth watering delicacies to the customers.